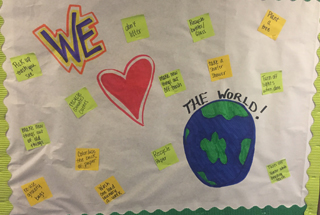 The university's Housing and Residential Life Department recently completed its successful three-week Water and Energy Conservation Competition among all eight residence halls. Designed as an awareness and educational program for reducing water and energy use within the residence halls, its message was that conservation helps to make the world a better place. 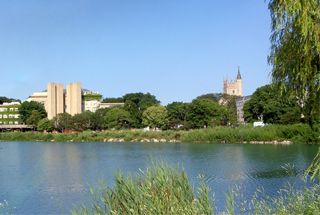 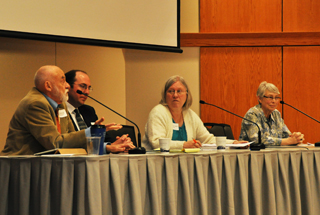 With the understanding that energy production effects everyone, and ethical issues arise through the process, the recently held gathering of students and the public addressed concerns about how the U.S. will meet future energy needs, economic effects, environmental impacts, legal aspects, agricultural viewpoints, and employment prospects. 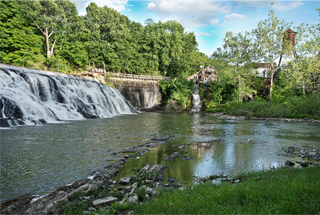 The college's most recent renewable energy project is a historical micro-hydro facility built in the early 1800s along an existing fault line at Chittenden Falls, NY. This facility produces bout 18 percent of the college's electricity needs, and will serve as an academic classroom. Photo Credit: Patrick Cashin 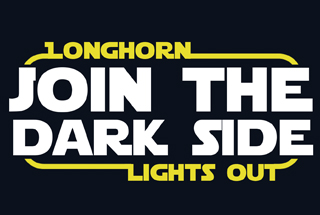 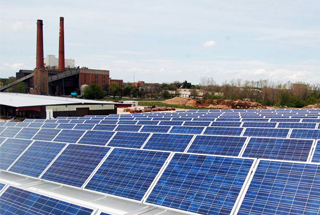 In a move that will reduce emissions at its T.B. Simon Power Plant and significantly advance its Energy Transition Plan, the university is taking steps to stop burning coal by the end of 2016, with a majority of coal purchasing and burning ending in 2015. 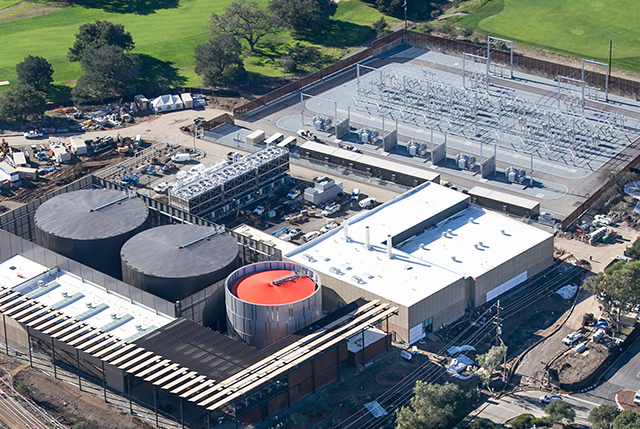 The college is now acquiring bids for the installation of an on-campus 10-kilowatt wind turbine to sit atop a 73-foot monopole. The electricity-producing machine will be connected to the school’s electrical system in its electrical wiring laboratory.

Tied into a campus building, the 30-kilowatt electricity-producing system, projected to produce approximately 1.5 percent of the buildings' needs, will provide a learning opportunity for students and the public through an online solar production tracking system.

Three parking garages will soon house up to two-megawatts of clean electricity solar panels that will supply energy to the electrical grid, lights and electric vehicle charging stations.

Set for completion March 2015, the campus will offer five spots devoted solely to electric vehicles and a photovoltaic system, both of which will be connected to the university's Power Electronics Laboratory to aid in classroom learning and research.

(U.K.): In an effort to avoid 45,000 pounds ($66,000) in utility costs and reduce associated carbon emissions, the university's new boiler system will use wood chips in order to reduce its dependence on oil.

(U.S.): The university's Student Government Association will be installing the new renewable energy electricity structure, funded through the green fund, to decrease the university's dependence on coal and provide a covered shelter for bicycles.

(Philippines): As as part of the university’s corporate social responsibility on the environment, the recently signed memorandum of agreement indicates the 120-kilowatt system will be installed by late summer 2015.

(India): Despite some solar electricity in residential areas, the university plans to install photovoltaic systems on academic buildings at five of its campuses in order to reduce the capital expense of electricity and to supply energy to adjoining villages.

Projected to be completed in spring 2015, the 3-megawatt photovoltaic array, supplying electricity to Duke Energy, is being installed near the university's Environmental Center, a research facility for the university's academic programs that includes a greenhouse, agricultural plots, responsible architecture studio, and a composting facility.

The university's class of 2015 invited members of the university community to participate in a competition to design the solar panel array, the 2015 class gift chosen last fall in a vote by seniors.

With expected completion in spring 2015, the 2-megawatt photovoltaic array will be connected directly to the institution's electricity grid, helping to meet peak electricity demand by producing roughly 3.2 percent of the campus' total consumption.

Northern Arizona U Heats Air With the Sun

In an effort to decrease fossil fuel use and create a culture of sustainability, the newly installed solar thermal air system is projected to reduce carbon dioxide equivalent emissions by three tons per year.

The college recently announced plans to lease 90 acres of land for the development of 15 one-megawatt solar electric arrays. The college will acquire 40 percent of the project's output. This along with 10 percent from another project enables the college to achieve 100 percent carbon-free electrical power.

(U.S.): Contributing to the school's climate sustaining efforts, the Department of Athletics and Physical Education have begun installing light-emitting diode (LED) lightbulbs in all campus athletic facilities. The project is estimated to save more than 1.7 million-kilowatt hours of electricity and preventing about 450 tons of carbon dioxide annually, avoiding nearly $136,000 in utility bills.

U Asia and the Pacific Installs 300KW Solar System

(Philippines): Helping to reduce energy costs and its carbon footprint, the university's new 300-kilowatt photovoltaic system is supplying electricity to its parking and sports building, and feeding electricity onto the electrical grid.

(U.S.): With the goal of achieving 40 percent renewable energy consumption by 2020, the university will soon be growing a variety of grass that will be harvested and used to supply power, steam and chilled water to the main campus as part of its Biomass Fuel Project, designed to reduce the use of fossil fuels by substituting locally available renewable materials in the main power plant.

This NY Times piece discusses the opportunity for colleges and universities to invest in energy efficiency with a relatively short payback period and little to no risk.

Rice U Signs Agreement to Purchase Solar Electricity for One Year

In an effort to better manage energy consumption and spending, a recent one-year agreement with a power company was enacted that allows the university to purchase approximately seven percent of the university's purchased electricity from clean energy at the same rate as fossil fuel-powered electricity.

A project spearheaded by students in a management class led to the removal of unnecessary lamps on the second floor of the university's business building over winter break. Electricity consumption of hallway lighting on this floor has decreased 40 percent as a result.

The new air conditioning system air-cooled chiller is fully automated for seasonal and daily on/off and will use less electricity to provide cooling, saving the university $6,000 and diverting 23 tons of carbon dioxide annually.

A soon-to-be-completed 3-million gallon tank for chilled water to air condition and dehumidify buildings is projected to save the university around $600,000 per year by creating the chilled water at night when electricity rates are lowest. Due to the new chiller's capacity, it will allow the university to shut down other chillers that charge during the day.

(U.S.): Contributing to the university's goal of carbon neutrality, construction of an on-campus 5.87-megawatt solar farm will begin in spring 2015 after university and state officials recently approved power purchase and land lease agreements.

(U.S.): With construction slated to begin in July 2015, the 204-kilowatt solar electric array will help the university meet its 30 percent by 2020 carbon reduction goal. Under the arrangement, a solar energy developer in Virginia will install, maintain and own the solar array and its associated tax benefits and will sell the electricity generated by the array to the university at a set rate over a 20-year period.

Funded through the university's Green Fund and the department of Finance and Administration, the 2.4-kilowatt wind turbine was installed on campus and originated from students working on the Arizona Wind for Schools initiative, a project of the U.S. Department of Energy's WindExchange program.

The new 156-kilowatt photovoltaic installation combines a solar parking structure with rooftop arrays that will produce approximately 70 percent of the energy to power the building and is estimated to save the college more than $200,000 annually.

U California to Begin Supplying Electricity to Campuses

The university will switch from a third-party electricity supplier to provide electric power directly to five of its campuses and three of its medical centers, along with other electric accounts throughout the university as part of its initiative to achieve carbon neutrality by 2025.

While Hereford Residential College students were away for winter break, the university re-lamped about 500 fluorescent fixtures that should realize a savings of approximately $4,000 annually.

(India): The recently commissioned 20-kilowatt solar electric system was installed as part of the college's Center of Excellence in Alternate Energy Research. The center and its students will be adopting a nearby village and installing solar-based street lights and table lamps.

(India): There are now four newly installed systems totaling 344-kilowatts of solar electric energy as phase one of the university's project, the second phase projected to provide a capacity of 1,400-kilowatts.

(U.S.): Donated by Panzitta Enterprises, Inc, the addition of 214 photovoltaic panels will reduce the college's carbon footprint and direct more money toward education by reducing the college's utility payments.

(U.S.): Contributing to the college's renewable energy and climate change goals, displacing 28,000 gallons per year of heating oil, the high-efficiency and low-emission wood pellet boiler heating system will supply heat to multiple buildings and use thermal storage to increase efficiency of the system.

(U.S.): The low-impact plant, built using existing infrastructure, now supplies the university with eight percent of its energy by harnessing the available energy from the Mahoning Creek Dam and includes new educational opportunities for students through the university's hydro class.

After more than a year of researching, presenting and fundraising, the 3.8-kilowatt solar panel initiative will reduce the university’s carbon footprint and provide educational experiences for students.

The newly established policy aims to minimize the university’s energy consumption, and direct and indirect carbon dioxide emissions while defining standards for reasonably comfortable indoor environments within each building.